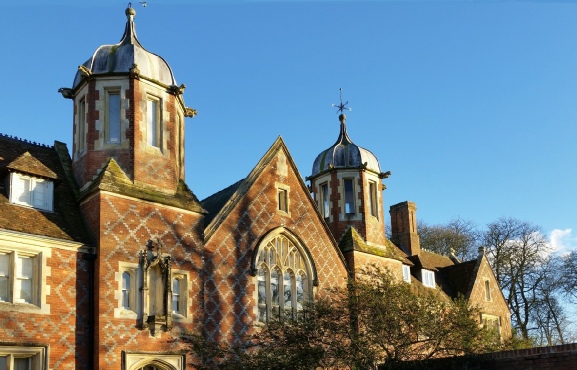 On the 12th Mach 1510 the executors of Lady Margaret Beaufort, Countess of Richmond and Derby - mother of Henry Vll - gave details of a stipend of £10 for the Chaplain of the Minster

to teach Grammar to ‘all who came’.

appointed  was advised that he should,

So, a shaky start it seems.

The building we know as the Old Grammar School off King Street was actually built in 1842 and converted into flats in 1982.  An old free Grammar school building  that stood in School House Lane was itself demolished in 1849 - some seven years after the newer building was completed.  During the 1830s it was resolved to build the building we see today. A brew-house and a coach house were incorporated and the two ends of the ground floor area were taken up with spacious living accommodation for the Headmaster and the “Second Master” - each with a separate Dining Room, Library but sharing a wine cellar. Between those areas was the large hall in which teaching took place.  Dormitories for staff and students were on the upper floor.  Quills were, of course, used by the students who came from a number of areas other than Wimborne.

The old Chantry Priests house had been used in earlier times - In 1601 and for many years throughout the seventeenth and eighteenth centuries the teachers were clergy - but this didn’t alter that in 1769 one of the Headmasters duties was to  direct his students to the sport of cock-fighting in the Shrove Tuesday events. 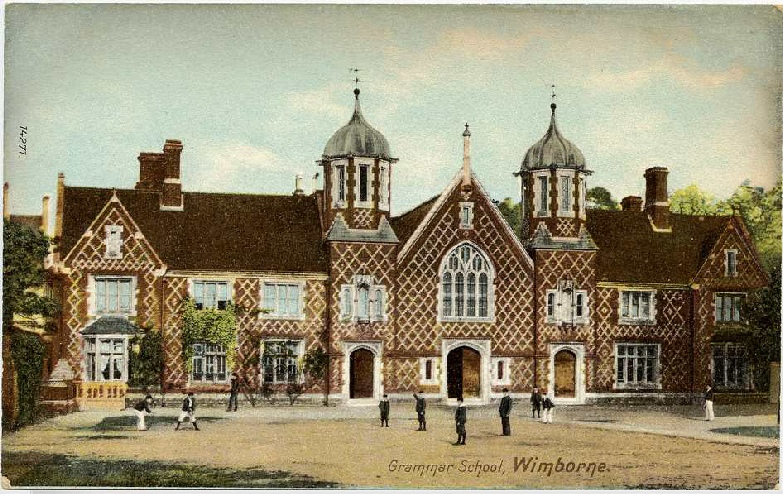