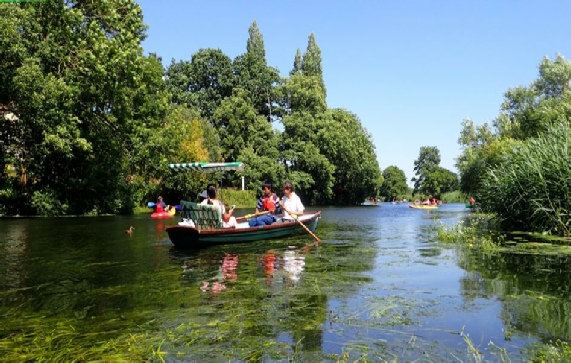 The charity was founded in the year 2000 by Cllr Pat Hymers and her vision was to see people enjoying the lovely River Stour again.  In the 60s and 70s people used to come from miles around to enjoy the river but when Newman’s Boat Yard - adjacent to Canford Bridge was used for development, the foot traffic fell.   The Riverside area is now starting to become a favourite place again to visit.  It is possible to hire a boat, SUPs or kayaks or to bring the

family to the river-bank  park with a picnic.

Wimborne has a boating tradition dating back to Victorian times through Newman’s Boat Yard that was immediately downstream from Canford Bridge and flourished in the middle decades of the 20th century.  This tradition was an inspiration for the starting up of  Dreamboats,

Canford Bridge  - After approaching Wimborne from Poole in 1542, Leland wrote:

‘A half-mile before I reached the town, I passed over Allen Bridge, a twelve-arched

bridge across the Stour.’ This was the forerunner of Canford Bridge, which connects Oakley Hill and Poole Road. This southern approach to Wimborne has always been prone to flooding and the ancient bridge needed its twelve arches to span the floodplain. Major repairs were carried out in 1733, but within sixty years Allen Bridge was again in disrepair and a committee was formed to sort it out. In 1793 work started on the bridge we still use today and the memorial stone beneath the arches shows a date of 1813 for its completion. It boasts just three main arches and six flood arches. (The flood arches are ‘listed’ as of architectural and historic interest.  An overhanging footpath was added in the early 1970s on the upstream side and has since given way to a more stylish replacement added in 2010.

The River Allen joins here, having been fed by the natural chalk reservoirs to the

north before cutting through the centre of Wimborne.   It is a great example of a ‘chalk stream’ of which there only around 300 worldwide - most of them in England.  These streams occur only where chalk bedrock meets the Earth's surface and it is this

that makes them rare globally. 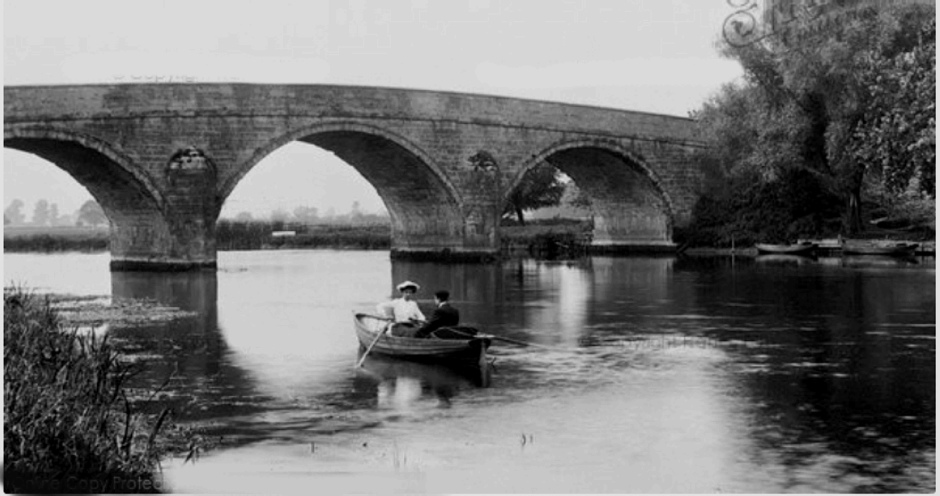