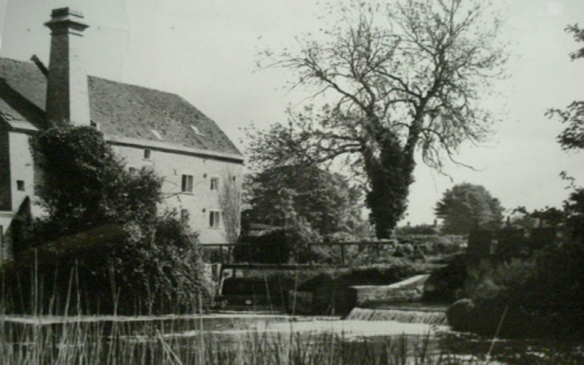 In David Popham's book 'The History of Wimborne' there is a reference to a 'mille at Wimburn Town Centre end' which is believed to refer to Walford Mill in the 16th century.

type and about 2.4 metres in diameter.

considered a fair assumption. There is however no evidence left in the building of this period.

At some time between 1880 and 1905 the wheels were replaced by ‘British Empire Turbines’ supplied by .. Armfield .. of Fordingbridge and at about the same time the main building

furnace/boiler room on the ground floor. This boiler addition was intended

to supply an alternative source of power to the mill wheels when river flows were low.

The mill complex had a varied history, particularly after it ceased operation as a working

mill around 1966 .. The freehold interest in the site however remained with Lord Bankes -

and on his death in 1982 the mill together with the remainder of his estate, which included Kingston Lacy House, Badbury Rings &  Corfe Castle,

was bequeathed to the National Trust.

led down to the pool shown in the old photograph. 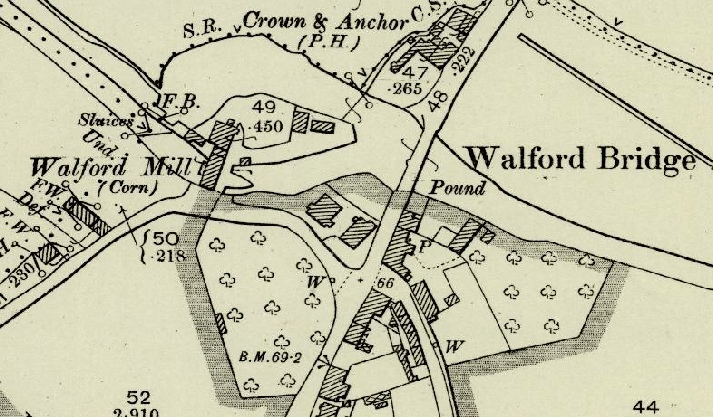