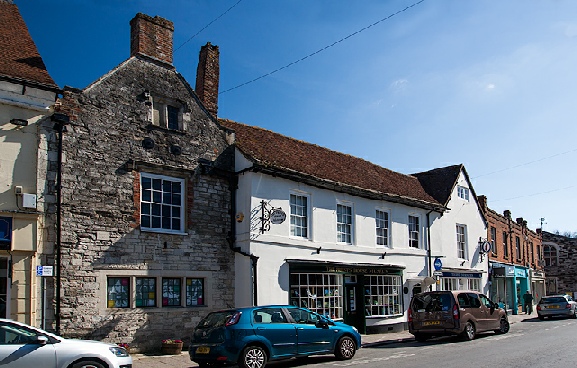 The museum is housed in a sixteenth century building that at the start was a single story stone house.  An upper story was added in the seventeenth century and  from the 1680s the Bowridge family lived there - with details in a will, that a mortgage of £1600 was held on the property [that’s a little less than £200,000 today] and led to the family

to the town under the care of the Minster Governors …

“ to be used as a museum for local people” ]

was given to the property for something known only to those of the time !

The narrowness of such plots stems back to the Lord of the manor creating as many ‘frontages’ on a street as possible so as to increase income - unlike rural tenancies that paid for the right to live there by ‘working for the lord’ - burgage plots were rented from the Lord of the Manor for money, until 1832. In these ‘Burgage Borough’ areas, the right to vote for a member of p

arliament was attached to the occupation  of particular burgage tenements

Read more on the museum’s own wensite